Italian investments are growing in Mexico which is the eighth country in the world for the attraction of Foreign Direct Investments.

The Italian Embassy in Mexico City, the local ICE office, the Italian Chamber of Commerce in Mexico, Italy Desk of PricewaterhouseCoopers (PwC) has produced a publication to provide Italian companies with a useful tool to understand the characteristics and the opportunities of the Mexican market.

We publish an abstract of the first chapter that examines the flows of foreign investments and the trade of Mexico with Italy and provides useful information on the regulation of trade.

With over 116 million inhabitants and a GDP of approximately 867.4 billion dollars, Mexico is the thirteenth largest economy in the world and the second largest in Latin America.

A member of the OECD, the G8 + 5, and the G20, Mexico can boast a stable economy, a solid financial system, trade agreements with the world’s major economies, and a climate conducive to business culture. Factors that allow the country, according to a study carried out by AT Kearney, to rank eighth among the top ten most attractive national destinations for foreign direct investments.

The growth of Mexican GDP in 2012 stood at the threshold of + 3%. The high rates of development of economic activities are attributable to the important flows of foreign direct investments, the lively international demand for local manufacturing products, the vigorous demographic growth, public investments focused on transport and energy infrastructures, and a boom in investments in the mining sector.

Competition with foreign producers has increased due on the one hand to the reduction of import taxes and on the other hand to the elimination, on the majority of products, of the pre-import documentation requirement.

The IMMEX Program ( Programa para la Industria Manufacturer, Maquiladora y de Servicios de Exportación ) allows the temporary import of goods that should first be used in industrial processes or for the processing, transformation, or repair of goods of foreign origin, and then exported, as finished or semi-finished products, taking advantage of exemptions from VAT and duties. The processing industry, with its maquilas or maquiladoras plants, has experienced the highest growth rate in the manufacturing field. These plants, located mostly near the US border, are usually owned by foreign companies, and through the maquiladora contract, they produce semi-finished or finished products to be returned to the parent company. The latter will supply most of the machinery, raw materials, and parts to be assembled, which will generally be imported duty-free, and has always remained the property of the company based outside Mexico.

The main advantage of this method, called production sharing, consists in the possibility of using local labor, with its more accessible labor costs compared to industrialized countries.

Foreign investments were concentrated in particular in the following sectors:

In 2010, Italy was one of Mexico’s leading foreign investors. Contributing to this positioning was the concomitant intervention of three large Italian groups, namely Tenaris-Ternium (Techint Group), Fiat-Chrysler, and Pirelli, which overall invested approximately 1.63 billion dollars in the country.

The return of large industry marks an important step in relations between Italy and Mexico. For many years, the presence of Italian companies was less visible than that of other nations. Luxottica has also strengthened its presence in Mexico, with the acquisition of two chains of stores specialized in the sun segment, for a total of seventy points of sale.

In addition, Ferrero and Fiat announced new investments in 2012, respectively regarding the opening of a production plant in Leon in Guanajuato and the start of production of Ducato vehicles in Saltillo.

Contract manufacturing companies in Mexico. The bilateral trade balance is structurally positive for Italy. The Mexican production system is a major buyer of Made in Italy technologies and machinery.

In 2011, bilateral trade recorded a 26.4% increase in exports of Italian products to Mexico, equal to approximately 3.2 billion euros, while imports amounted to 995 million euros, up +60. , 1% from the previous year.

In 2012, the trade balance was again in surplus for Italy, given the almost four billion euros recorded for exports, compared to just over a billion for imports. Commercial agreements and treaties

Mexico is a member of the World Trade Organization (WTO) and has free trade agreements in place with over forty countries.

Mexico is a founding member of the Latin American Free Trade Association ( LAFTA ) and the later Latin American Integration Association ( LAIA ), according to which Mexican products can be imported with reduced customs duties. Mexico has also signed an economic cooperation agreement with Brazil, Argentina, Uruguay, and Paraguay under the acronym MERCOSURMERCOSUR (Common Market of South America).

As regards customs clearance and import documents for goods from Italy, in addition to the traditional documentation, the EUR1 Model is required, which allows you to take advantage of the benefits of the Mexico-EU Free Trade Treaty (in force since 1 July 2000).

The customs classification of goods is based on the Harmonized System.

Restrictions on imports are encountered in the agri-food sector for milk and cheeses and in particular for meats and sausages, whose import into Mexico is very difficult for health reasons (an exception to this case is represented by Italian raw ham). Finally, the duties on coffee and cocoa remain in force.

Thanks to the free trade treaty existing between Mexico and the European Community, most of the products enter the country via facilitated means. However, the presence of specific duties or restrictions must be assessed on a product-by-product basis.

Imported goods can also be stored in free warehouses operated by private government-regulated companies. Import duties, updated to the current exchange rate, will be paid when the importer (for example the Mexican buyer) withdraws the goods from the warehouse.

The foreign exporter is authorized to hold inventories in free warehouses pending local shipments without being taxable as “permanent residence“.

The main international texts applicable in Mexico are: 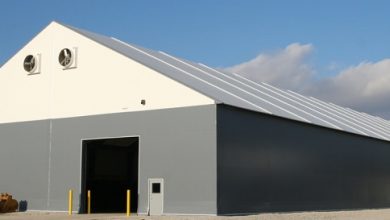 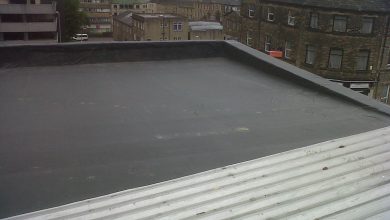