In today’s market, where there are many apps to choose from, the length of time it takes to develop an app is critical to its success. As a result, one of the most often asked questions by users of mobile applications is: How long does it take to build an app?’

Typically, the response is between four and five months. Many elements influence the app design process. Thus, the answer to this question is not specific or straightforward. Companies and start-ups will better understand how various factors affect app development time by reviewing the many processes in the app development process that are highlighted today.

You should know the development timescale since successful apps like mobile dating app clone scriptare based on creative ideas, and time-to-market is critical for helping the app obtain the first-mover advantage.

As a general rule, developing a smaller app will be faster than creating a more extensive app. As a result, the first step in figuring out how long it will take to develop an app is to specify its scope from the outset so that it doesn’t have to be added later.

To create an app, how long does it take? Everything comes down to the number of options available to the user. The solution provided by the app is often reviewed to determine whether or not there is a sufficient market for it. It’s now time to go over how the app works. After deciding its skills, the jobs it does, and the extent of its functions and features, one must also determine how it will source and manage data.

A storyboard is often built at this stage to provide a more precise visual representation of the user interface and the links between the various panels to determine the app design time. An app’s features and functions increase proportion to how long it takes to develop them. Also, it is essential to identify how many OS systems the app will support at this stage.

It’s because producing for multiple platforms takes longer than developing for just one. The development time for Android apps is also a little bit longer than for ios ones. Due to the variety of Android devices on the market, the app’s developer must ensure that the program runs well.

Estimates range from one to two weeks for the scoping process, including deciding on the app’s functions and features. An additional week may be needed for a medium-sized app, while a large project will require 3-4 weeks for scoping and requirement collection.

At this point, the app’s developers must assess whether the front-end and back-end systems are interoperable, which is a critical step. To ensure that robust back-end solutions support beautiful front-end design, designers and developers will need to work together.

It’s simple: The front-end is responsible for things like wire-framing, UI design, and development (including caching), while the back-end handles things like data integration, storage (and versioning), Top mobile dating app clone script and user management. Coding is required for all of them so that front-end results can be computed and shown.

The designers and coders of the app must constantly communicate with each other for it to work fluidly on both the front-end and back-end. There would be delays if we had to go back and rework features that didn’t work correctly on the front end.

It all comes down to the size of the software and its functionality. For a simple app, the design time will be between 2 and 3 weeks, while a complicated app with many features will take between 9 and 10 weeks.

The app must be thoroughly tested before being released to the app stores after it has been finished with the UI design and development. An alpha test is a form of testing that occurs during the result of an app, but it is not enough to ensure that the app will function properly when it goes on sale. There must also be a thorough beta testing of the app so that any bugs encountered by the general public can be discovered before the app is released.

Before beta testing can begin, choosing a group of people that represent the app’s intended audience is critical. Beta testing should not take too long because many bugs were likely eliminated during alpha testing. There may be a few iterations of debugging and testing until all the issues are ironed out during beta testing, which can take up to a month.

To reach as many people as possible, it is usual practice for companies to distribute their apps across many platforms and devices. It’s a lot of work for developers to design, develop, test, and deploy apps across various platforms. Testing takes substantial time and effort, mainly if your app uses Geo-located services, so plan ahead of time.

If you want to be sure your app works well on various devices, you need to conduct additional testing. Your app’s complexity, number of features, and third-party integration affect how long this process takes.

Even though most mobile app developers believe these aspects are the most critical determinants of the development duration, experts may effectively control this using new time management strategies. It’s not easy to create an application, but there are many advantages. As the complexity of the software increases, so does the length of time it takes to complete the entire development process. The research phase of the development process can take up to ten months for some companies.

Hermit Chawla is a MD at AIS Technolabs which is a Web/App design and Development Company, helping global businesses to grow by Global Clients. He love to share his thoughts on Web & App Development, Clone App Development and Game Development.

Apart from this if you are interested to know more about Mobile Application Development Platforms then visit our technology category.

NordVPN vs Surfshark: A Comprehensive Comparison 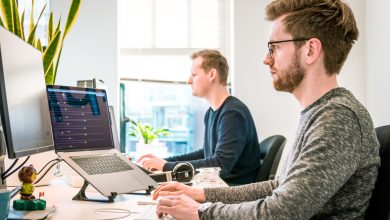 Why You Should Invest in a Craftsman Table Saw 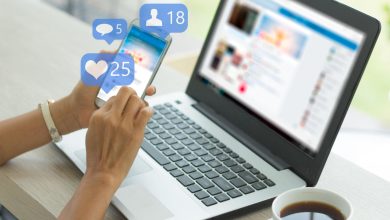 Learn How To Use Facebook For Marketing Purposes With 5 Supportive Ways!